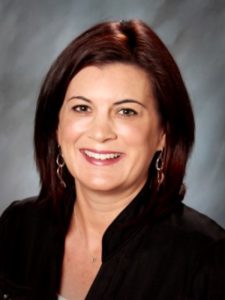 Mrs. McClue attended a Christian school from preschool through college, and she is a proud graduate of Scottsdale Christian High School. She married her high school sweetheart, Bret, and they have three children, one a SCA graduate and two enrolled at SCA. Since 1993, she has taught fourth and fifth grades. She also assisted in the opening of the Early Childhood Education Campus and served as its Director in its opening year. In addition, she served as the co-chair for the AdvancED accreditation process and served on the strategic plan steering committee. She enjoys acting as one of the instructional coaches at the school. Mrs. McClue and her husband were honored as the “2010 Outstanding Alumni” during the recent graduation ceremonies, which meant a great deal to them because of their history with SCA. Her family is involved at Scottsdale Bible Church. In her free time, she enjoys reading, going to the movies, and spending time with family and friends. She feels blessed to teach children the truths of God and to teach them that: God is in control, He is sovereign, He is loving, and He is all there is, was, and will be. She wants her students to grow and stand on the Biblical foundation given to them at SCA; be a light to the world; use their gifts for the Lord and make an impact for the Kingdom.