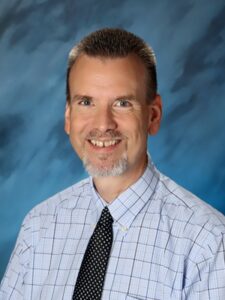 Mr. Clark has been married to his wife Dell, since 1992. They have one daughter, Jordan, who graduated from SCA in 2015. His family attends church at CCV-Peoria. In addition to his classroom responsibilities, Mr. Clark is also an assistant boys’ basketball coach at SCA. Prior to coming to SCA, Mr. Clark taught and coached boys and girls basketball at Santa Fe Christian Schools in Solana Beach, CA and at Carlsbad High School in Carlsbad, CA. Mr. Clark is an avid sports fan, and enjoys spending time in San Diego at the beach and watching the Padres at Petco Park whenever possible. Mr. Clark has served at SCA since 2008, and is proud to call it home.