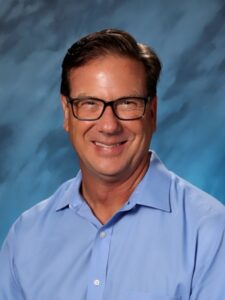 Mr. Lund has been married to his wife, Paige, since 1994. They have two daughters, Allyson who just graduated from SCA and will be attending the University of Arizona and Abi, just two years younger, will be continuing as an upperclassman at SCA. He's had the honor and opportunity to serve in the United States Army in the Honor Guard, as a paramedic in Chicago and Atlanta, been a police officer/detective with Scottsdale Police Department and served for the last 12 years as a Junior High Pastor at North Ridge CC and as a Family Pastor with Mission Grove Church. Mr. Lund loves hanging out with his family especially when they’re up north in Minnesota during the summer.