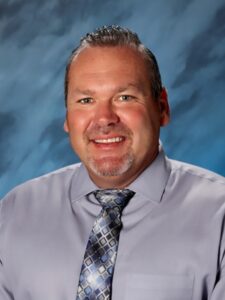 Mr. Richards has served at SCA since 2013 and has been the High School Principal since 2015. Mr. Richards is happily married to his wife Allie and they have three children together Macie, Maverick, and Maddyn. Their children also attend SCA as students. His families church home is CCV-Peoria; they are actively involved there. Mr. Richards and his wife lead a neighborhood group and regularly teach Kindergarten Sunday school. He enjoys traveling and spending time with his family and friends camping or at the beach, especially Mission Beach in San Diego. Mr. Richards is an avid valley sports fan and is a native Arizonan and proud to call it his home. Mr. Richards has been in the education profession since 2003, and has served in the capacity of teacher, coach, Athletic Director, Dean of Students, Assistant Principal, and Principal.