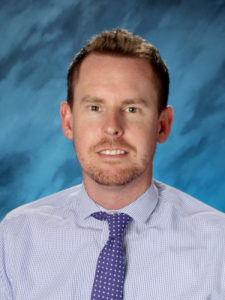 Mr. Dall met his wife Jessi while they were both teaching at SCA in 2008. They have been married since 2011 and have two children. His family attends Scottsdale Bible Church Cactus Campus. He enjoys watching and playing any sport and traveling with his family. Mr. Dall is a 2002 graduate of SCA, a former teacher at SCA from 2007-2012, and now returns as Athletic Director after 5 years of experience in that capacity at Christian and Charter schools in the Valley.